Chelsea and Manchester United have been told by Zenit St Petersburg to stump up £70m to have any chance of signing Axel Witsel.

Witsel has been heavily linked with a move away from the Russian giants this summer, with Serie A sides AC Milan and Juventus also reportedly interested in the midfielder.

The 26-year-old is one of the most highly sought-after talents in Europe at current, and Zenit boss Andre Villas-Boas is understood to be desperate to keep hold of the Belgian international.

According to talkSport, Villas-Boas met with Witsel to discuss the player’s future and now the club have announced it will now allow the former Benfica man to leave unless another club matches its extraordinary £70m release clause.

“We have repeatedly said that he has a release clause and it is worth €100m (£70m),” a club statement said, as reported by talkSport [via TASS].

Witsel played a starring role in helping Zenit win the Russian Premier League last season for just the fifth time in its history. 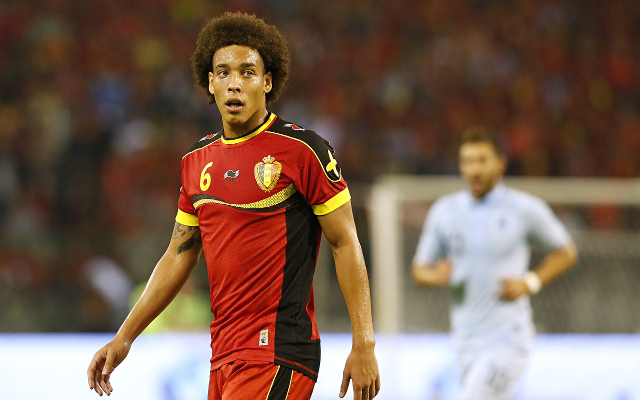 Chelsea on the verge of FINISHING £23m deal for midfielder