Chelsea boss Jose Mourinho has described London rivals Tottenham as ‘the kings of the transfer window’ after the North London club signed seven players this summer. 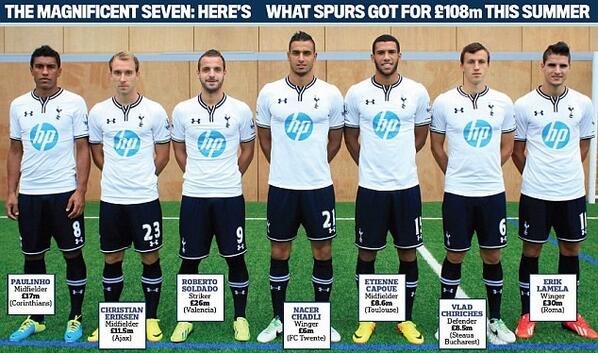 Arsenal have been widely commended for signing Mesut Ozil from Real Madrid for £43.4m on deadline day but Mourinho is in no doubt about which club he feels had the most beneficial transfer window.

“They bought seven players, international players for their countries, big countries, almost all of them. Tottenham were the kings of the transfer window. They have a fantastic squad.”