The Central Coast Mariners have ruined ‘the’ fairytale finish by creating one of their own.

Graham Arnold’s men have broken their A-League grand final hoodoo that had hung over them by beating the Western Sydney Wanderers 2-0 at Allianz Stadium.

In the process of collecting their first title, the Mariners shrugged off the pain of losing their last three finals.

The win for Central Coast saw the fairytale that was the Western Sydney Wanderers first season in the competition come to a less than storybook ending, as they were outplayed for most of the contest.

Three penalty calls went against the Wanderers in the game but the Mariners deserved to win given their level of play across the park for the 90 minutes in front of a bumper crowd of 42,102. 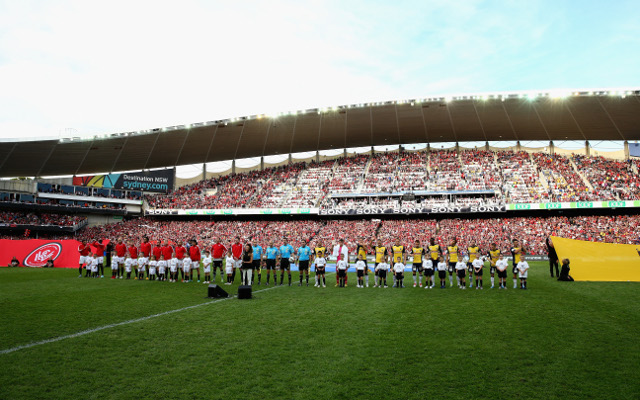 An emotional Mariners’ captain John Hutchinson struggled to put into words what the title meant for the competition’s smallest club.

“Words don’t explain what I have to say, we worked our socks off, Western Sydney are a great team and they had a great season but I think we played better today,” Hutchinson said,

“As I said to the fans a long time ago, a win would mean a lot to us, but I know it means a lot to them as well so they deserve it as well.

“We’ve got some great young players and we thought this might be the last time we play together.”

The record of no goals being scored before the 20-minute mark in A-League finals remained intact, despite Mariners’ Mile Sterjovski looking dangerous.

Mark Bridge countered for Western Sydney in the 22nd minute with the cross just out of the reach of a teammate. 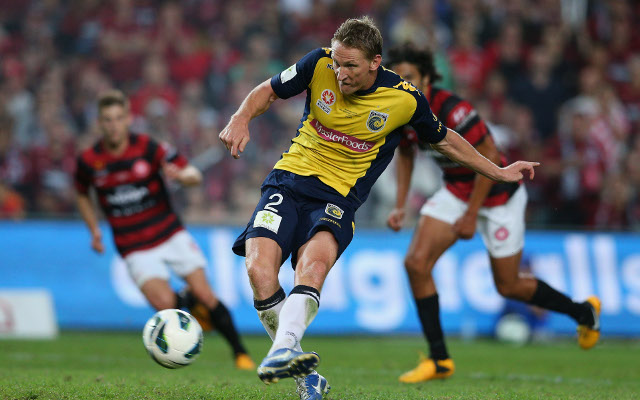 Wanderers’ fullback Jerome Polenz showed signs of not being 100 per cent after a heavy tackle, with Tony Popovic gambling on the fitness of several of his stars for the last game of the season.

With more than three times the shots on goal in the first half, the pressure finally told for the Mariners when veteran Patrick Zwaanswijk scored his first for the season with a clinical header at the near post from a corner.

Amazingly it was the first goal the Wanderers had conceded from set-pieces all season, however, Zwaanskijk simply wanted to get to the ball more.

Western Sydney looked to have a golden chance to hit back soon after when Mariners’ Pedj Bojic clearly touched the ball with his arm inside his own box.

However, the main officials waved play on, infuriating Popovic on the sideline.

Western Sydney ‘keeper Ante Covic at half-time said the side needed to tighten up at the back if they were able to climb back into the contest.

“We have to keep going at them and we were a bit loose at the back and they got in behind us,” Covic said,

“We know we are a good side and can press forward, we just have to give it everything in the next 45 minutes.”

Giving some hope to Western Sydney fans was the fact the team that has scored first in the past two A-league grand finals has not gone on to win the game. 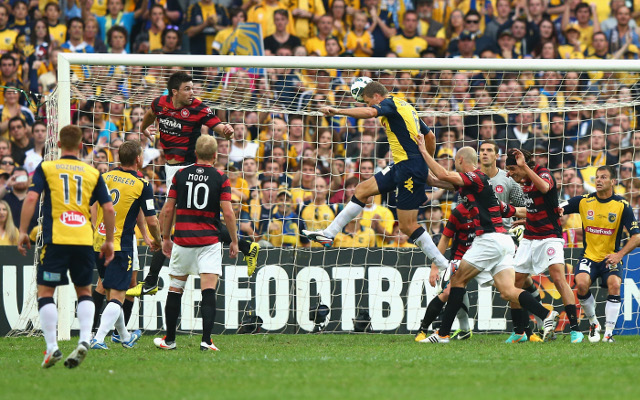 After the resumption the Mariners experience in grand finals started to show through, as their main men show composure on the ball in attack.

Kwabena Appiah-Kubi was a ball of energy for the Wanderers on the right wing but he was the only positive spark for the home side early in the second half.

Central Coast smartly played a compact defence with no space between their midfield and back four, cutting down the area normally patrolled by Mark Bridge and Shinji Ono.

The Wanderers starting to find their confidence in front of goal, but it did turn into shots on goal as time began to become the home side’s enemy.

Golden Boot winner Daniel McBreen allowed his side to dream their title drought would be over when he slammed a penalty into the top corner, after the Wanderers were called  for a hand-ball in the box.

Despite their best efforts in the closing stages the Wanderers were never able to get close to sending the game into extra-time, with the full-time whistle sparking wild celebrations from the Mariners and their faithful.