The Cleveland Cavaliers are continuing to make additions to their roster…

The Utah Jazz recently acquired center Kendrick Perkins in a trade with the Oklahoma City Thunder, but it appears that he will not be in Utah for long.

The center is having his contract bought out by the Jazz, and he is reportedly planning to sign with the Cleveland Cavaliers, who have emerged as title favorites.

Perkins was unable to be a reliable starting center for the Thunder, but he may be able to be a solid role player under the tutelage of LeBron James.

Kendrick Perkins has completed contract buyout with the Jazz, and plans to sign with the Cavaliers, agent Arn Tellem tells Yahoo Sports. 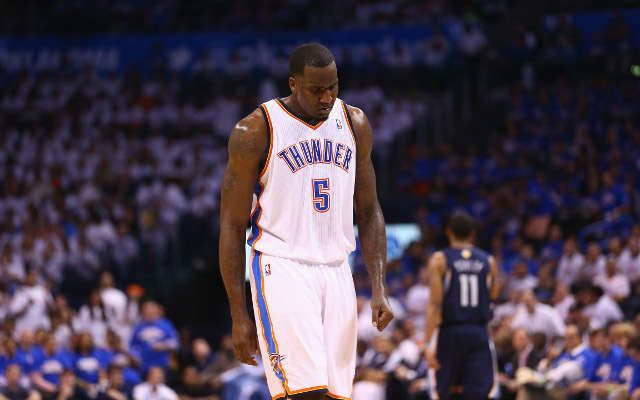