Embolo fell short of bringing FC Basel to the Champions League, but his potential is through the roof.

They may not be able to get Karim Benzema, but Arsenal don’t plan to finish the year without getting at least one big striker target – even if they have to hijack another club to get him.

According to the Daily Express, Arsenal have set their eyes on FC Basel wonderkid Breel Embolo on a £10m transfer either in January or next summer. Tottenham Hotspur are also reportedly interested in the 18-year-old starlet.

Embolo has scored 13 goals in 38 appearances for the Swiss outfit since joining the senior ranks last year. He added a goal in the first leg of the Champions League playoffs against Maccabi Tel-Aviv, but the club was ultimately beaten on a road goal aggregate score and dropped to the Europa League.

The Swiss starlet was named FC Basel Young Player of the Year in 2013.

Arsenal were hoping to land Karim Benzema in the final weeks of the transfer window, but in the final days, the Real Madrid superstar openly announced he would be staying in Spain no matter what.

To date, Arsenal have not made a signing for more than £10 million since signing goalkeeper Petr Cech. 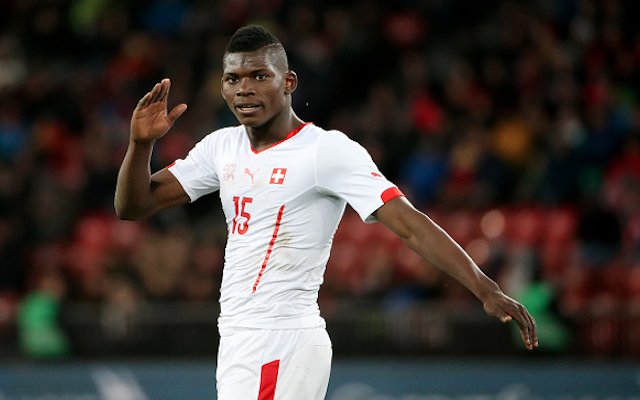