David Haye has announced that he will make his highly anticipated return to the ring against Mark de Mori at the O2 in London on January 16, and the pair wasted no time in getting to know each other at the press conference this week.


The 35-year-old hasn’t fought since stopping Dereck Chisora at Upton Park in 2012, and had to pull out of two scheduled bouts with Tyson Fury due to injury.

However, Haye (26-2, KO24) has recovered from shoulder surgery and has slowly been working towards making a return to action for some time.

Armed with a new trainer in Shane McGuigan, he will hope to overcome the first hurdle in what is likely to be a plan to become a two-time heavyweight world champion.

“I’m so happy to be able to step back through the ropes and back into the ring, where I do my best work,” he told South London Today, as reported by Sky Sports.

“It’s been a long three and a half years out, with many ups and downs, but the Hayemaker is finally back. I’ve a new team, new look and new inspiration to achieve my goals.

“I’ve always set the bar high in my career, and I will continue to do so.”

De Mori is ranked in the top 10 by the WBA and has welcomed the opportunity to fight a big name in what will be an anxious night for Haye in terms of getting back in the ring after such a lengthy period of inactivity and proving that he still has what it takes.

While it remains to be seen if he can pass those initial tests, he will undoubtedly harbour ambitions of climbing the rankings and working towards another world title shot.

Wladimir Klitschko defends his WBA, WBO and IBF titles against Tyson Fury in Dusseldorf on Saturday night, while Deontay Wilder is currently the WBC champion.

Add the likes of Anthony Joshua and Dillian Whyte to the mix, and the heavyweight division is certainly showing signs of change after Klitschko has reigned for so long.

Nevertheless, the Ukrainian will be confident of defending his belts against Fury, which in turn will have a big impact on the landscape of the division and could have an effect on Haye’s desired route back to the top. 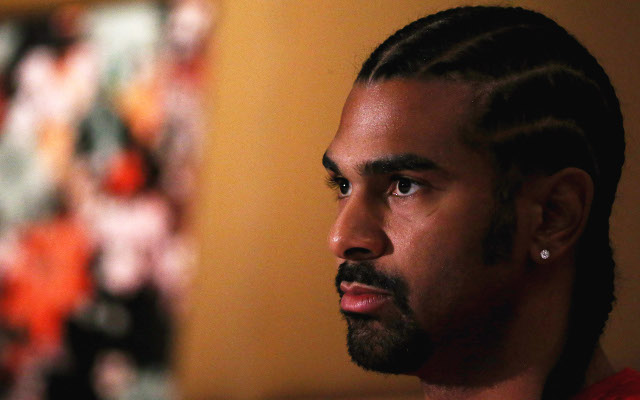