But did they buy wisely? How many of their new boys get into Louis van Gaal’s best XI?

United were meant to sell him for big bucks to Real Madrid on deadline day, but the move failed to go through due to a delay in the processing of documents.

Conspiracy theorists have suggested that Real may have deliberately sabotaged the deal, with the intention of signing the 24-year-old on a free transfer when his contract expeires at the end of the season.

Whatever the case, De Gea is still a United player – until January at least – and he is one of the best goalkeepers in the world. He simply has to start ahead of Sergio Romero, who made a horrible error in last weekend’s 2-1 defeat to Swansea City.

Darmian has been one of United’s best players so far this season, following his July move from Torino.

The 25-year-old has looked solid at the back, as well as providing at attacking threat down the right flank.

Shaw struggled during his debut season at Old Trafford, but the England starlet has started the 2015-16 campaign in good form.

He is among the top left-backs of his generation and he is beginning to prove it once again. 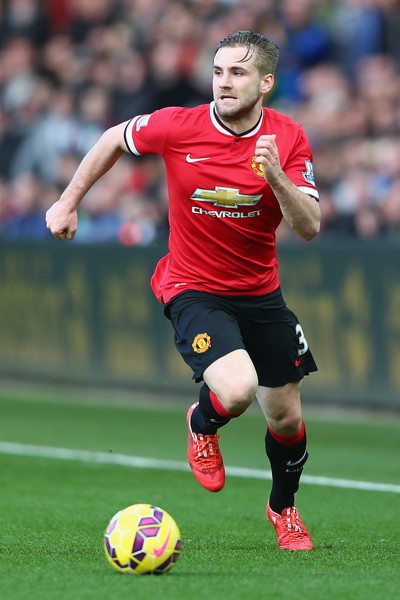