Title contenders Manchester City, Chelsea and Arsenal have all been amongst the five most successful teams in aerial duels this season – important in both defence and attack.

Who joins them amongst the best – and who tops the tree? 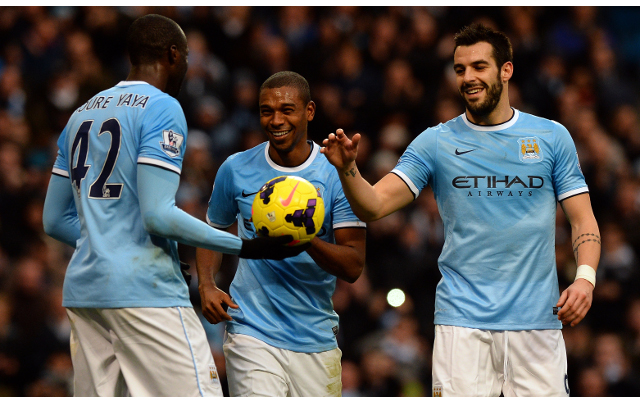 Manchester City play some of the best football in the Premier League, with their lightning quick counterattacks and intricate passing moves all part of their title challenge.

Still, with the fluid play on show, it is easy to forget the amount of tall players throughout the spine of the team, with Vincent Kompany, Martin Demichelis, Matija Nastasic, Javi Garcia, Yaya Toure, Alvaro Negredo and Edin Dzeko all imperious aerial presences.

Only three teams have competed for less headers in the Premier League than Man City – indicating both their dominance of possession and short passing game – but those they go for, they usually win.