Portuguese newspaper Record is running a story on its front page claiming that Benfica will turn to Arsenal’s Joel Campbell after missing out on their original target, Abel Hernandez.

The Primera League champions were reportedly in the market for Palermo striker Abel Hernandez, but reports on Thursday morning suggested that the Uruguayan is set to complete a £9.5 million move to Hull City. 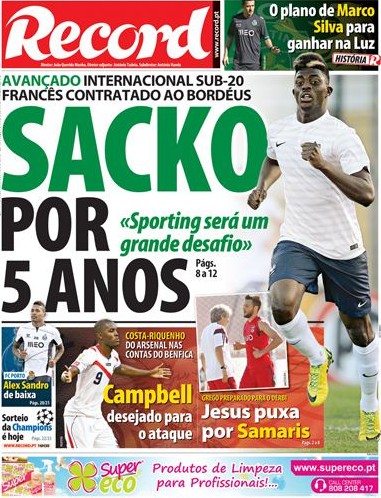 After several years out on loan, Campbell has struggled for games at Arsenal so far this season. Nevertheless Arsene Wenger has previously expressed his intention of keeping Campbell at the Emirates this summer, and the season has only just got underway.

His form at the World Cup, though, alerted many clubs in need of a striker to just what he can do, and Benfica could look to make him a very tempting offer.

The Portuguese giants have just gone through a massive fire sale, and are still looking for a new front man to help them retain their league title.