Barcelona are reportedly open to sending highly-rated midfielder Alen Halilovic on loan to the Premier League for the upcoming season.

The 19-year-old is with the first-team squad on their pre-season tour of the United States, but his immediate future is unclear.

Halilovic is concerned that he will not get much playing time at the Camp Nou, despite new signing Arda Turan not being eligible until January.

Turan, who had been linked with Chelsea and Manchester United, joined Barca from Atletico Madrid earlier this month despite the La Liga champions being under a transfer embargo.

The Daily Mail reports that Barca are considering granting the Croatian international a temporary move to England, with Everton and West Ham United both monitoring his situation.

However, there are fears that Halilovic is not ready for the physical demands of the Premier League and would be better suited to spending the 2015-16 season in Spain with Sevilla.

The teenager, who had been tipped to move to Old Trafford himself before joining Barcelona from Dinamo Zagreb in 2014, has yet to make a first-team appearance for La Blaugrana. 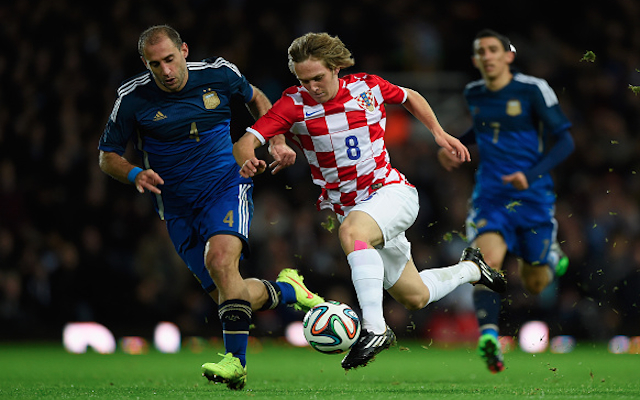