Barcelona coach Tito Vilanova, who has been undergoing cancer treatment in New York since January, arrived back in Spain on Tuesday, the Catalan giants announced.

“Tito is in Barcelona,” the Spanish league leaders said on their website fcbarcelona.com, adding that he would ease himself gradually back into running the side.

Vilanova, 44, left for New York in late January for treatment to a recurrence of a salivary gland cancer. In his absence, his assistant, Jordi Roura, took over the reins.

“It’s expected that Jordi Roura and Aureli Altimira, who accompanied (Vilanova) on his return flight, will take the afternoon training session. Tito Vilanova will rejoin the first team progressively,” the statement said. 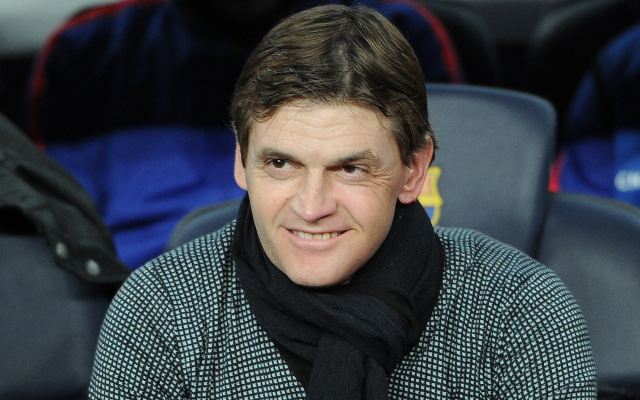