Arsenal got off the mark in the Premier League this afternoon with a 2-1 victory at Crystal Palace.

Olivier Giroud opened the scoring for the Gunners with a fine volley before Joel Ward earned the Eagles half-time parity with a low strike into the bottom corner.

But an own goal from Damien Delaney secured Arsene Wenger’s side the three points as they importantly bounced back from their disappointing opening-weekend defeat to West Ham United.

Was slightly unsighted as Ward fired Palace’s equaliser into the bottom corner. Will be relieved to get a first Arsenal win under his belt after it was his mistakes which cost the Gunners against West Ham.

Returned to the team in place of Mathieu Debuchy after overcoming a minor muscle strain, and his extra pace, while not completely shackling it, helped restrict the threat of Wilfried Zaha down the Palace left.

The German’s slowness was not exposed by a rapid Palace front-line as he managed to avoid getting into one-on-one footraces, although a couple of clumsy moments in his own box could have been costly.

Should have stayed braver for Palace’s goal as he turned his back on Ward’s fierce 25-yard strike.

The Spaniard is now one of Arsenal’s most reliable performances. Stuck closely to Yannick Bolasie in the first half and made some good attacking contributions after the winger was withdrawn at half time. 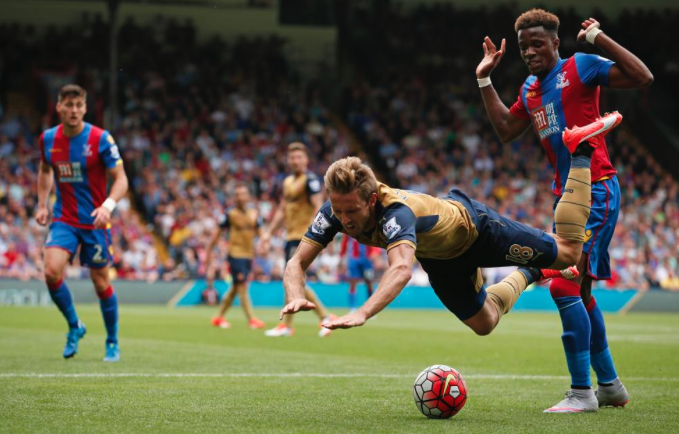