James McCarthy is reportedly ready to leave Everton after accusing the club of falling through on promises over a new deal.

The 24-year-old midfielder has allegedly grown frustrated over Everton’s failure to reward him with a revised contract, as they have done several of his teammates since his 2013 arrival from Wigan Athletic.

According to the Daily Mail, the Republic of Ireland international, linked with Manchester United, Arsenal and Tottenham Hotspur, has told the Goodison Park hierarchy that he wishes to seek a new challenge.

The Toffees would be reluctant to lose one of their most consistent performers and are likely to slap a hefty price tag on the head of McCarthy, who started 27 Premier League games last season.

Spurs are seeking midfield reinforcements and would likely be at the front of the queue, while United and Arsenal retain an interest in the player and might consider him a cheaper option than their top targets. 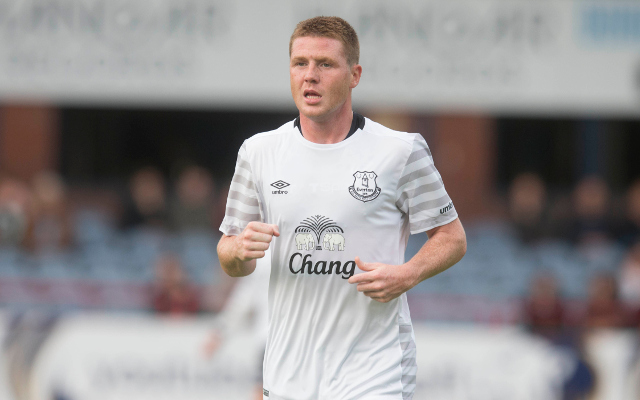