Post-Bale Spurs boast impressive squad depth and can still score late winners, while Cardiff can stay up this season.

Spurs’ late winners are not exclusive to Gareth Bale

Spurs scored 18 goals in the last 15 minutes of matches last term – 27% of their total for the season; but seven were netted by Gareth Bale, whose stunning ability to score from distance salvaged valuable points for Andre Villas-Boas’ side.

But a Bale-less Spurs, labelled a one man team last season, showed admirable determination to persevere to the death against Cardiff, suggesting the team’s ability to score late is not dependent on the world’s most expensive player.

A cornerstone of Manchester United’s success in the Premier League has been the ability to fight to the final whistle and Spurs appear to be developing a similarly superb mentality under Villas-Boas.

“It’s persistence,” Villas-Boas told The Daily Mirror afterwards. “I think the more the goals come, the more the players believe they can do it. That’s probably the key.”

Cardiff’s home form should keep them up this season 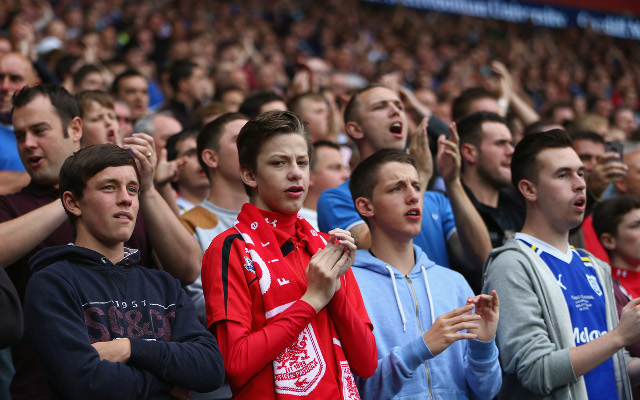 Cardiff were taught a valuable lesson about the quality of the Premier League against Spurs but, despite being outclassed, there were encouraging signs for Malky Mackay’s side. The hosts defended resolutely and, although Spurs peppered David Marshall’s goal, many efforts were from range and the visitors rarely penetrated behind the hosts back four.

Cheered on by fabulous home support, Cardiff attacked sensibly, using the pace of Craig Bellamy and Fraizer Campbell as outlets where possible. The South Wales side have already beaten Man City at home and were unfortunate to lose on Sunday. Their home form should be enough to keep them up this season.

Kyle Naughton is not good enough 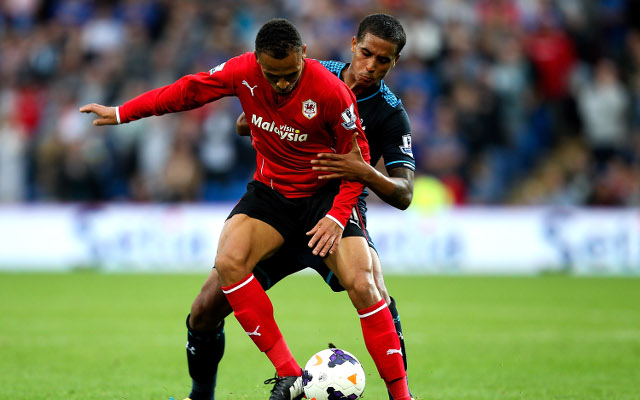 Andre Villas-Boas’ decision to loan on Benoit Assou-Ekotto left Danny Rose as Spurs’ only natural left back and the 23-year-old’s injury in the Europa League saw Kyle Naughton deputise against Cardiff. While the jury remains out on Rose, he is undoubtedly preferable to the right footed Naughton, who nearly cost the visitors in the sixth minute with a woeful back pass that left goalkeeper Hugo Lloris in a sticky spot.

Without the speedy Rose, Spurs lacked natural width on the left flank, particularly with Gylfi Sigurdsson inclined to cut in, and defensively Naughton looked vulnerable when put under pressure by the hosts.

Jan Vertonghen can deputise at left back but the Belgian is Spurs best centre half; an upgrade (Fabio Coentrao?) is needed in January and in the meantime, Spurs fans will hope Rose’ injury is not serious.

Spurs strength in depth is stunning

Despite impressive performances from Lewis Holtby and Erik Lamela in the midweek Europa League clash with Tromso, Andre Villas-Boas kept faith in Gylfi Sigurdsson and Andros Townsned for the trip to South Wales. The duo performed well either side of Christian Eriksen, with Sigurdsson testing Marshall in the first half and seeing his stinging effort crash off the woodwork after the break, while Townsend stretched Cardiff with his pace and direct running.

But the winner was crafted by their replacements, as Holtby and Lamela combined to set up Paulinho. Spurs also boasted Brazil international Sandro on the bench, while Etienne Capoue, Aaron Lennon, Jermain Defoe and the disgraced Emmanuel Adebayor were all absent from the match day squad. In midfielder particularly, Spurs strength in depth is now as good as any rival Premier League outfit. 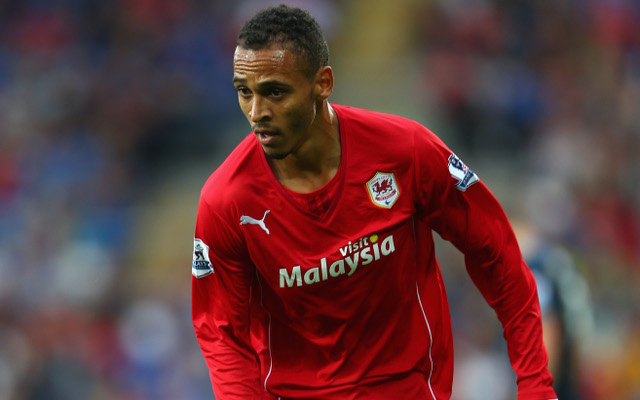 Since his deadline day antics, Peter Odemwingie has become a figure of ridicule, a crazed twitter ranter divorced from reality. But it shouldn’t be forgotten that the Nigerian bagged 30 goals in 87 Premier League matches for mid-table West Brom, making it no surprise that first Harry Redknapp and then Malky Mackay wanted the forward to assist in their relegation battles.

At 32, Odemwingie is past his prime but cause Spurs problems when he emerged from the bench and Gunnarsson should have scored from his intelligent pull back.

If the Nigeria international can settle and focus on his football, he could score the goals required to keep Cardiff in the Premier League this term.