Up next is a look at the away jerseys

Naturally, we have to look for the worst one first.

Thankfully, Sunderland’s awful kit made it pretty easy to start this list…

What’s the over/under on the percentage of Sunderland fans who plan to file a restraining order against Adidas from ever coming near their kits again? Probably higher than their win percentage at the very least… 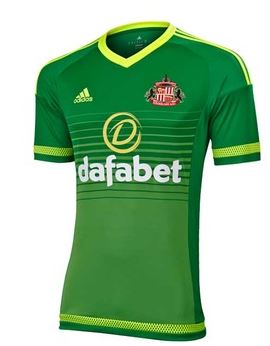 Unfortunately, the ranking gets pretty bad before it gets better – but a surprise comes in at No. 19.
Click on the ‘Next >’ button to see the shirts get better…