Alabama offensive coordinator Lane Kiffin will be coaching the Crimson Tide in the same position in 2015, according to head coach Nick Saban.

Alabama ultimately fell short of expectations as they lost to Ohio State in the Sugar Bowl despite being ranked No. 1, but Lane Kiffin did everything he could to redeem his reputation by serving as the Crimson Tide’s offensive coordinator.

He helped quarterback Blake Sims transition into the Alabama offense as he replaced A.J. McCarron, and wide receiver Amari Cooper established himself as the best wide receiver in college football while becoming a Heisman Trophy finalist.

Due to Alabama’s offensive success, rumors floated around that Kiffin was being offered the offensive coordinator position with the San Francisco 49ers.

However, Alabama head coach Nick Saban confirmed that Kiffin will be around for a second season with Alabama.

“We’re very pleased and happy that Lane is going to be staying here at the University of Alabama with us. He’s done a fabulous job and is one of the finest offensive coaches in the country,” Saban said to NFL.com.

Kiffin had previously been fired by USC in the middle of the 2013 season after the Trojans had severely underachieved under his watch.

He had also been fired by Tennessee and the Oakland Raiders after unsuccessful head coaching stints there, but he seems to have found his niche as an offensive coordinator with Alabama. 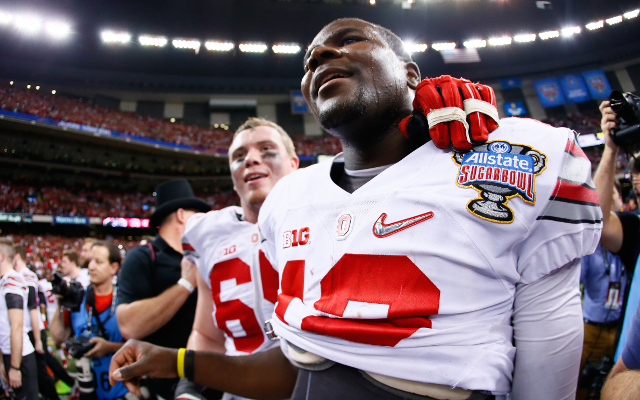