Alex Iwobi has made a big impression at Arsenal this month.

The 19-year-old was handed his first Champions League start – against Barcelona away – on March 16, before scoring on his full Premier League debut in a 2-0 win over Everton three days later.

As if that was not enough, Iwobi’s magnificent March then saw him make his competitive international debut.

Iwobi had already played in two friendlies for Nigeria, but Friday’s home clash with Egypt – in a 2017 Africa Cup of Nations qualifier – was his first ‘proper’ game for the Super Eagles.

And it almost ended in victory for Nigeria, but Chelsea outcast Mohamed Salah denied Iwobi a win in his first serious international by netting a late equaliser.

Salah, who has not played for Chelsea since starting in their shock 4-2 defeat to Bradford City in January 2015, has spent this season on loan at Roma.

He has done well in Italy, netting 11 goals in Serie A this term. And he continued his fine scoring form with a well-taken left-foot finish to cancel out Etebo Oghenekaro’s first-half opener in Kaduna.

The game was played at Ahmadu Bello Stadium – a ground listed as a 16,000-capacity arena, according to The Guardian. The same newspaper claim that an estimated 40,000 fans crammed into the venue.

A decision by the local government to let fans in for free contributed to the dangerous overcrowding, say The Guardian, who add that “match passed without major incident off the pitch”.

Although nobody was reported to be seriously hurt, the pictures (above and below) are very worrying. 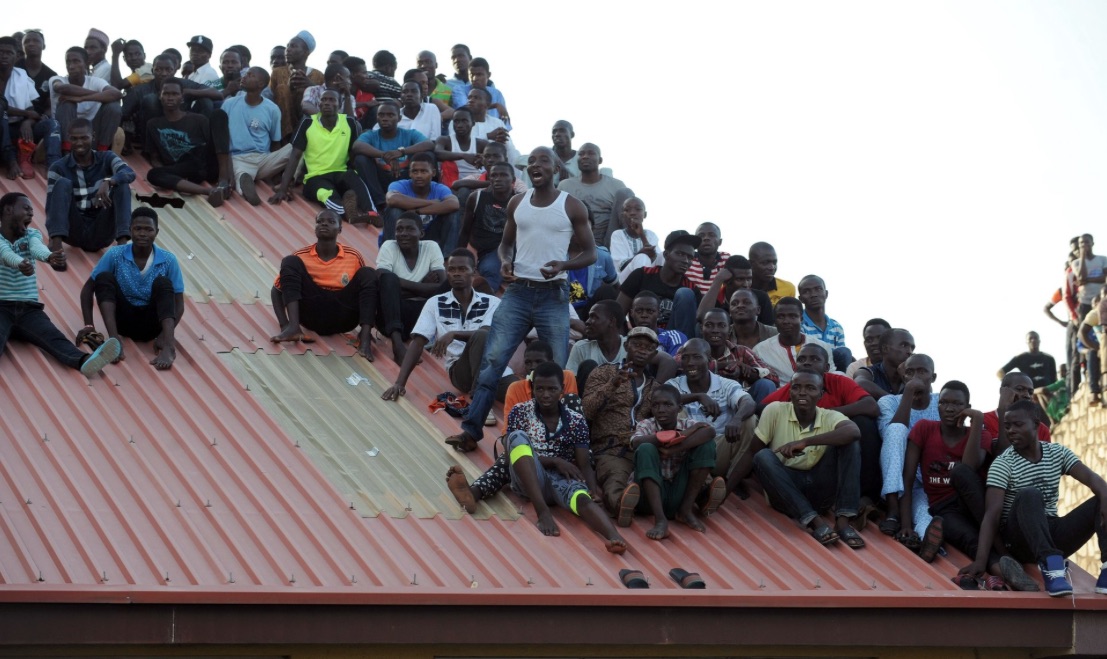 The safety of the supporters in the ground was surely compromised by the lax approach of those in charge.