Adebayor’s Togo are 10/1 to win their game with the Ivory Coast. Get the latest African Cup of Nations odds here!

The Lorient midfielder came on late in the second half and worked his magic to earn the Stallions an unexpected point, although the result extended to 18 games the winless run of the west Africans in the competition.

Emmanuel Emenike had put Nigeria into the lead before the break, but the wasteful Super Eagles were reduced to 10 men when Celtic defender Efe Ambrose picked up a second yellow card.

“All four teams have one point so everything is open,” said Belgium-born Burkina Faso coach Paul Put. “The performance today showed who Burkina are — we have quality in the team.

“We were missing some key players so I am very proud of what we did. I was confident of getting a point against Nigeria.

“This was a very good result for us and I am looking forward to the second game against Ethiopia.”

Nigeria coach Stephen Keshi said: “I am not going to let anything bring us down. I’m very proud of the boys, who did everything I wanted of them.

“This game is gone and the next game against Zambia is very, very important. I’ll pick up the players and motivate them.”

Chelsea winger Victor Moses was left on the bench, with Keshi, who won the Nations Cup as a player in 1994, fielding a three-pronged attack comprising Emenike, Brown Ideye and Ahmed Musa.

Traore, who had faced a race to be fit after an ankle problem, started on the bench with veteran captain Moumouni Dagano leading from the front.

Before a modest crowd at the Mbombela Stadium, Ideye’s appeal for an early penalty after hitting the deck in a challenge from Bakary Kone was dismissed by Algerian referee Mohamed Benouza.

A short time later the mohican-haired Dynamo Kyiv star blasted over Abdoulaye Soulama’s crossbar after good work by Musa down the right.

Burkina were enjoying plenty of the action but Nigeria’s defence, marshalled by skipper Joseph Yobo, who was equalling Nwankwo Kanu’s record of playing in six Nations Cups, comfortably absorbed the pressure.

Nigeria took the lead in the 23rd minute as Ideye artfully flicked the ball to Emenike in the box and the Spartak Moscow star fought off two defenders to poke it past Soulama.

John Obi Mikel, a Chelsea teammate of the missing Moses, was making his presence felt as Nigeria, back at the finals after failing to make it last year, held Burkina at bay.

On 48 minutes, a fire alarm sounded in the stadium, with instructions over the tannoy to vacate the stadium.

No one told the players, however, who played on oblivious, and the fans stayed put.

One of Burkina’s best chances came when Dagano unleashed a low angled shot from the right of the area, ruffling goalkeeper Vincent Enyeama’s feathers.

At the other end, Uche should have done better, his close-range shot badly off target.

Put then brought on his ace, Traore, for Aristide Bance.

Nigeria were down a man on 74 minutes when Ambrose picked up his second yellow, but Burkina were unable to make their numerical superiority count.

Nigeria will face sterner opposition Friday when they take on champions Zambia, the side they beat to claim their second title 19 years ago. 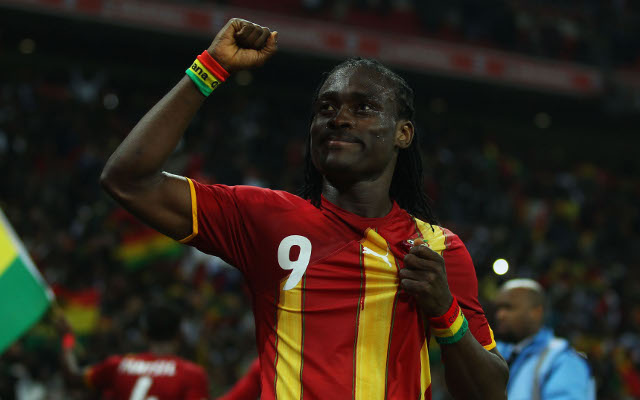 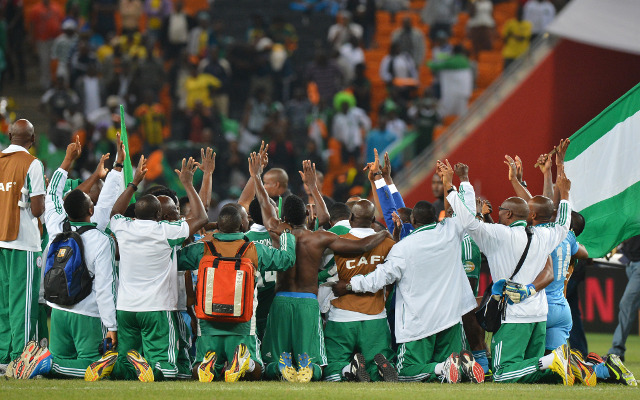 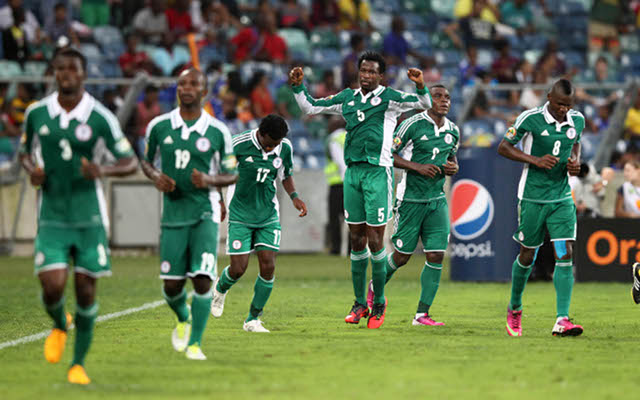 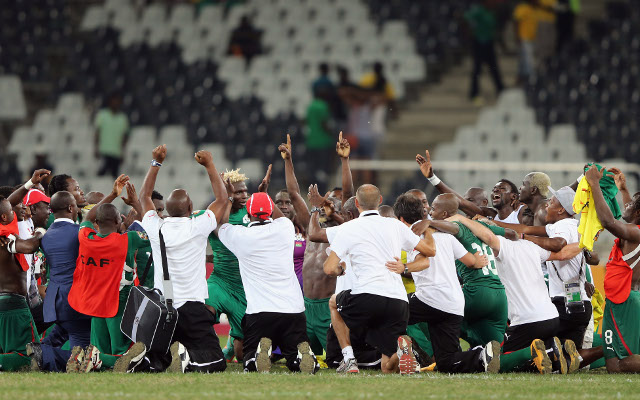