Star midfielder Patrick Dangerfield says he has not yet decided whether he’ll stay at the Adelaide Crows beyond 2015.

The 24-year-old is set to become a restricted free agent at season’s end and will almost certainly spark a bidding war between some of the AFL’s wealthiest clubs.

Dangerfield has been linked back to hometown club Geelong, as well as Hawthorn and Collingwood.

The classy midfielder told FiveAA Radio he did not have an answer on his future but remained committed to the Crows – for 2015 at least.

“I understand people want to know, but I don’t have a clear answer at the moment,” Dangerfield is quoted as saying by AFL.com.au.

“What I will say is I am totally committed to our football club. This season for us is all about what we can do as a collective.

“We’re about returning to the finals, because that’s something we’ve missed out on in the last couple of seasons.”

Dangerfield was snubbed for the captaincy role in 2015, with it going to the newly re-signed Taylor Walker. 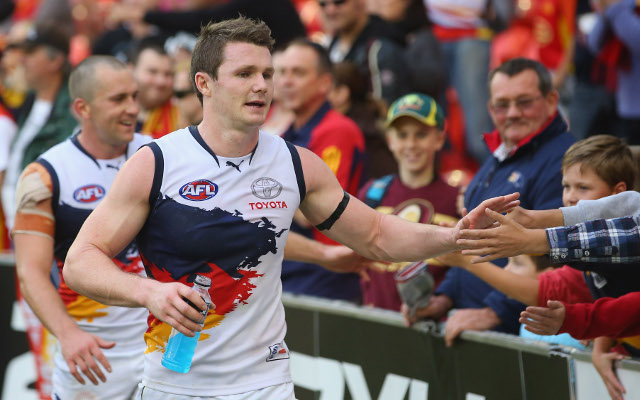