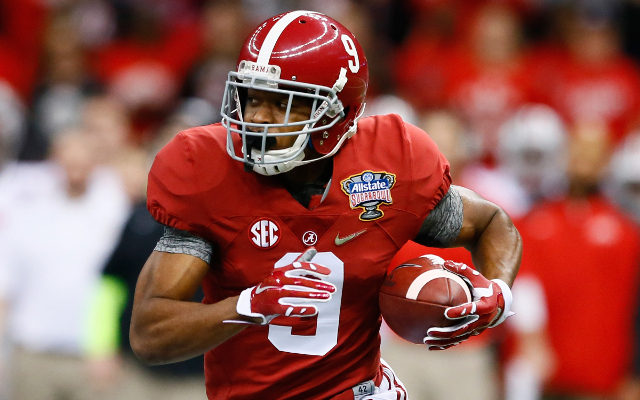 It is already being assumed that the Jaguars will take Dante Fowler Jr. Nothing is ever a done deal in the NFL Draft before it happens though, and the Jaguars will want to put quarterback Blake Bortles in a position to succeed. Allen Robinson and Marqise Lee have shown promise, but they do not have the upside as a No. 1 receiver that Cooper has.


Bad news: Quarterback Derek Carr will not have Cooper to throw to. Good news: They will get Williams, who is arguably the best overall player in the 2015 draft. Williams was a bright spot in a struggling USC defense, as he consistently generated a strong pass rush. The Raiders already hit last year with Khalil Mack, so another core piece to their defense will only make it more promising.

The Redskins are in need of a pass rusher to fill the void left by Brian Orakpo, and Fowler is the perfect piece to line up across from Ryan Kerrigan. He is an athletic specimen who can instantly boost a team’s pass rush, and the Redskins desperately need improvement on the defensive side of the ball.

The Jets also need an outside linebacker upgrade in their 3-4 defense, as Quinton Coples has been a bust since being drafted in the first round in 2012. Calvin Pace isn’t getting any younger either, and defensive-minded head coach Todd Bowles will look to get his defense on the right track. Beasley registered 25 sacks in his last two seasons. He is free of character concerns too, which other pass-rushing prospects cannot say.

The Bears traded away Brandon Marshall to the New York Jets, and they have no proven depth behind Alshon Jeffery. Quarterback Jay Cutler is on his last limb in Chicago, so the Bears will give him one last chance by giving him another strong receiving corps. White will have to prove that he can thrive outside a pass-happy West Virginia offense though.