Legendary WWE superstar The Undertaker made his return to WWE at WrestleMania 31 after a year out of the WWE and defeated Bray Wyatt to improve to 22-1 at WrestleMania.

The Undertaker, who had his unparalleled WrestleMania winning streak snapped last year by Brock Lesnar, was rumored to be ready to walk away from wrestling after nearly 25 years with WWE. But after being challenged by the upstart Bray Wyatt at WWE Fastlane last month, The Deadman rose from the ashes of his last defeat to accept the challenge and return to the WWE ring for the first time in a calendar year.

While Wyatt “The New Face of Fear” was accompanied to the ring by a contingent of zombies, The Undertaker made his signature Funeral March entrance through smoke and fire to enter the ring wearing his signature cloak and hat. And the match was on without any announcer introductions.

In a back and forth between two Superstars who can absorb more punishment than most wrestlers, The Undertaker’s signature Hell’s Gate submission hold, Chokeslam from Hell, Old School and Snake Eyes were ineffective in taking Wyatt out. Even after The Deadman landed a perfectly executed Tombstone Piledriver, Wyatt kicked out at two – much to the amazement of The Phenom.

Wyatt was able to hit his signature move Sister Abigail on The Undertaker and nearly got the three-count, but The Undertaker would not stay down. And after countering a furious charge from Wyatt, The Undertaker hit him with a second Tombstone Piledriver to get the 1-2-3.

And with that strong statement, The Undertaker moved to an unmatchable 22-1 WrestleMania record.

Have we seen the end of The Deadman? Or will he return to wrestling for WrestleMania XXXII in his home state of Texas? 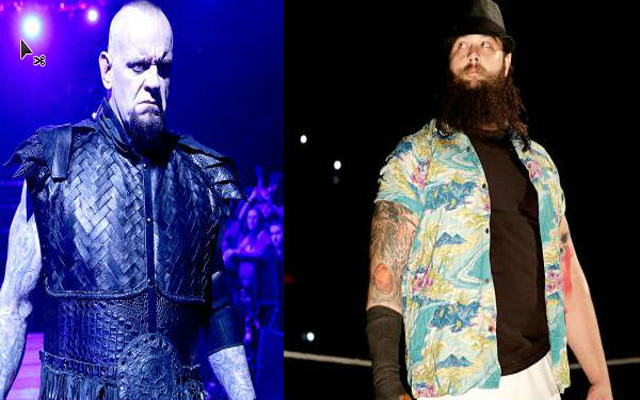