Manchester United captain Wayne Rooney is finally on his summer holidays after an exhausting 2014-15 season in which scored 12 goals in 33 Premier League games.

The Red Devils talisman has jetted of the the Bahamas with his family.

On Monday, Wayne took to Instagram to share a photo of himself in the sea with wife Coleen, son Klay and a hairy pig!

Rooney captained the snap with the message: “Didn’t expect to see pigs in the sea in the Bahamas! Haha”.

The pig probably didn’t expect to see you either, Wayne! 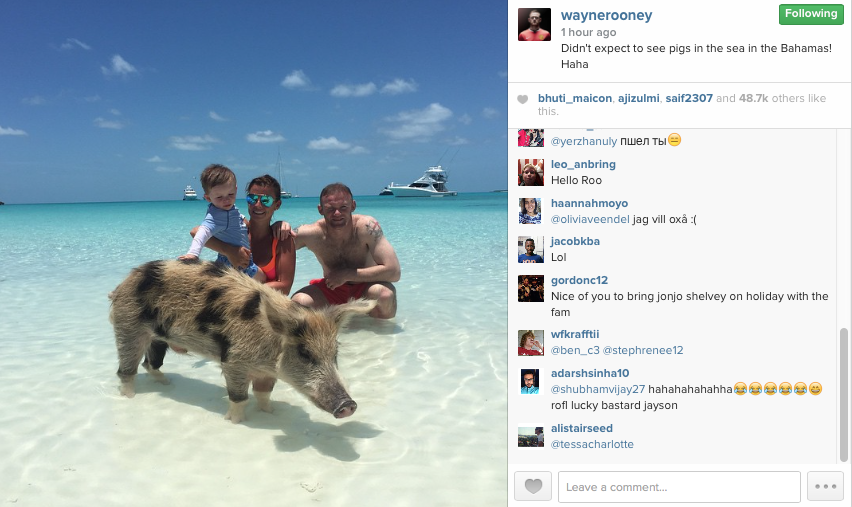