Blood, sweat and tears; Wales gave it everything in their Rugby World Cup 2015 quarter-final against South Africa only to go down 23-19 following Fourie du Preez’s 75th-minute try at Twickenham.

Warren Gatland’s side led a tense contest 13-12 at half time, and maintained their slim advantage until the Springboks captain dived over late on after a sublime offload from Duane Vermeulen.

The Welsh were without key players such as Jonathan Davies, Leigh Halfpenny, Rhys Webb and Liam Williams, but fly-half Dan Biggar was fit and on form as he has been for much of the tournament.

Biggar provided Gareth Davies with an 18th-minute try and added a conversion, penalty and drop goal all in the first half to cancel out four successful kicks from South Africa’s Handre Pollard.

South Africa’s pressure and big-game experience eventually showed as a well-worked scrum allowed captain Du Preez to crossed in the corner five minutes from time and snatch them a dramatic win.

The two-time champions have won the World Cup every time that they have reached the last four, apart from in 1999. New Zealand or France, who clash in Cardiff tonight, await them in the semi-finals.

Meanwhile, Wales fall just short of making the semi-finals for the second successive tournament, and may be wondering what might have been had they had their strongest side available to them. 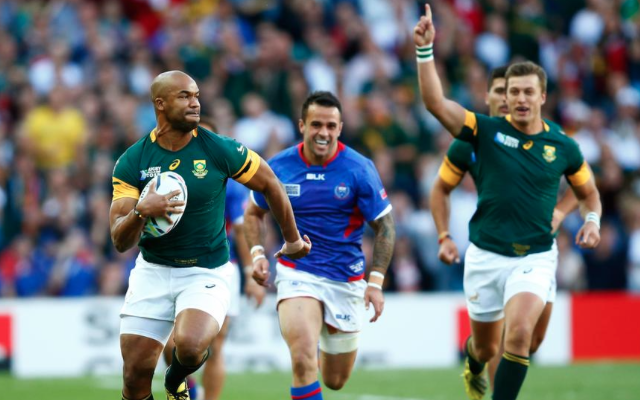