Nathan Cleverly will make his return to the ring on May 17 at the Motorpoint Arena in Cardiff after being announced as the latest fighter to join Matchroom.

The 26-year-old hasn’t fought since September 2013 after he lost his WBO light-heavyweight title to Sergey Kovalev, and has since made the step up to cruiserweight.

Having turned up at Cardiff Bay for the press conference on Thursday, it is assumed that he is now a part of the Matchroom stable, but according to the South Wales Argus, a lengthy legal battle could now follow with Frank Warren insisting that he is still under contract with him.

It looks as though it will be a similar situation after Ricky Burns switched allegiance, with Warren seemingly losing his star fighters who are instead opting to join Eddie Hearn, and with Tony Bellew already under his promotional umbrella, there is early talk of a domestic fight between the two rivals being an easy fight to now make.

Nevertheless, it appears as though Cleverly is excited about his new partnership and will finally make his highly anticipated return to the ring in May, although Hearn revealed that an opponent will only be revealed in the next week.

It will be an action packed bill on the night, with Lee Selby, Gavin Rees and Gary Buckland all featuring, although eyes will be firmly fixed on how Cleverly performs on his comeback.

Watch the press conference below, courtesy of iFL TV:

(Video) Cleverly vs Bellew 2: Gloves Are Off full feature 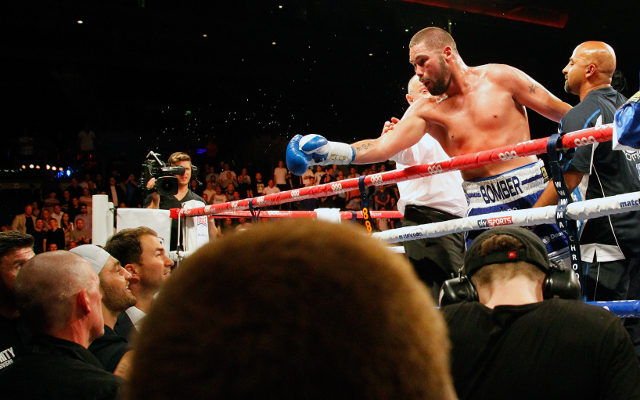