TCU running back Aaron Green zigzagged his way to the end zone for a 54-yard touchdown run.

No. 3 TCU is hoping to keep a firm grip on their college football playoff spot as they face Iowa State. The Horned Frogs took a 24-3 lead over the Cyclones with a touchdown by running back Aaron Green.

Quarterback Trevone Boykin threw a short pass to the running back, who found plenty of room to run near the sideline. He eventually shifted course and dodged an Iowa State defender.

He was able to finish the job by leaping into the end zone just as another Iowa State defender was about to tackle him. This may mark one of the bigger highlights of the day for college football.

Here is a video from Vine of the TCU running back scoring this remarkable touchdown. 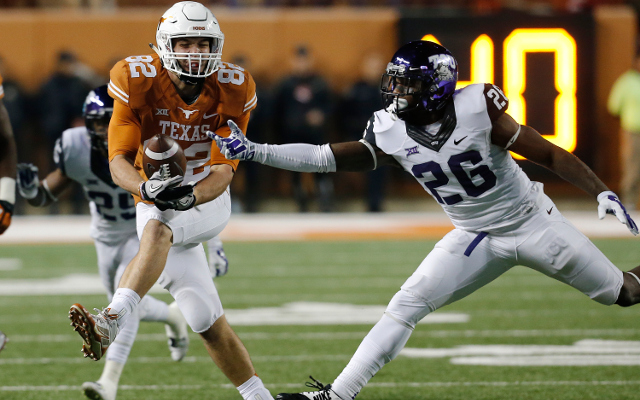