AFL premiers go about their business of defending their title after impressive win.

They may not be attracting as many headlines as Hawthorn, Geelong or Essendon, but the Sydney Swans are proving they will be hard to shift from the top of the pile in the AFL.

Reigning flag-holder Sydney moved into third on the ladder after impressive 47-point victory against the Richmond Tigers at the SCG.

Despite being on the cusp of playing finals football for the first time in 12 years, Richmond might be out the backdoor quickly if their performance against the Swans was anything to go by.

Despite the size of the 16.14 (110) to 9.9 (63) victory for the Swans, the game was still int he balance early in the third quarter before the in-form Swans took the game to a higher gear. 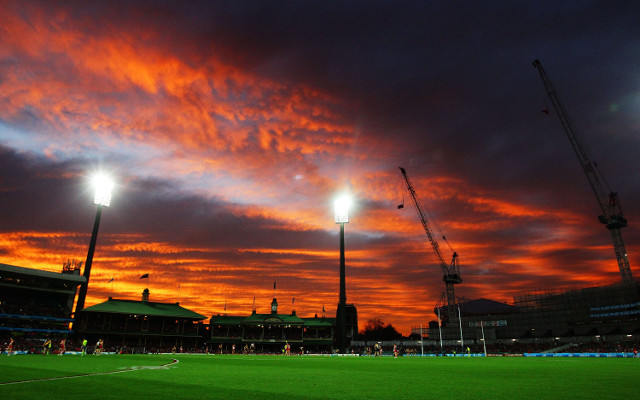 Two goals in quick succession from the recently re-signed Jack Riewoldt ignited the strong thousands of Tigers fans who had made the trip north and moved them within 10 points and into a threatening position.

McVeigh gathered nine possessions for the term as he organised the Swans defence and Jack eight as he continued to drive Sydney forward from the clearances.

Also to the fore again were Norm Smith medallist Ryan O’Keefe and Dan Hannebery who dominated contested football with almost 30 between them.

Sydney will be out to extend their winning streak when they tackle the Western Bulldogs next weekend at Etihad Stadium, while the Tigers will lick their wounds this week, before taking aim at competition leaders Hawthorn in what will be a real test to see if they can compete in the finals.