Argentina put in an impressive second-half display to move themselves to the brink of qualification for the Rugby World Cup 2015 last eight with a 45-16 win over Tonga this afternoon.

The Pumas conceded at either end of the first half to Kurt Morath and Soane Tonga’uiha respectively, but led 20-13 at the break thanks to Joaquin Tuculet’s reply and this effort from Juan Imhoff.

And, with the help of four missed kicks from Morath, Argentina raced clear after the interval as Julian Montoya and Santiago Cordero added to 25 points from superb fly-half Nicolas Sanchez.

Their second-half rout earned the South Americans a bonus-point victory which takes them four points clear of Tonga in Pool C, which is topped by New Zealand who have won all three of their games.

Who joins the Kiwis in the quarter-finals will depend on the final set of group fixtures, although the Argentines are well set as they play whipping boys Namibia while Tonga face the tournament holders. 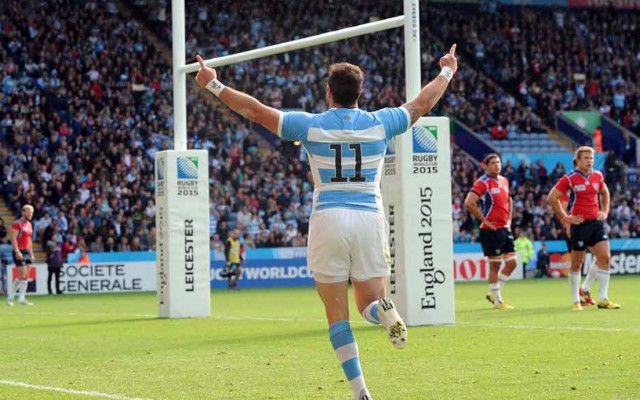