The New England Patriots appeared to be headed toward being the first team to score in the Super Bowl as they slowly made it to the Seattle Seahawks’ red zone.

However, nickel cornerback Jeremy Lane came up with a momentum-changing interception to avoid the Seahawks allowing a touchdown or field goal.

Lane infamously said that Patriots tight end Rob Gronkowski was not that good before the Super Bowl. While he was not directly covering Gronkowski, Lane proved that he is here to play.

However, he is being considered doubtful to return after injuring his left arm on the play.

Here is a video clip from Fanatix 8 of Lane making a name for himself once again. 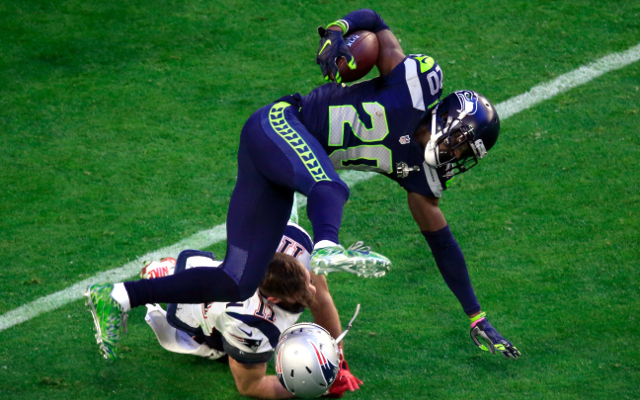