South Sydney could lose another player as NRL form takes a dive.

The match review committee on Monday slapped Burgess with a grade-one contrary-conduct charge for the incident during the second-placed Rabbitohs’ 26-8 loss to the Storm in Melbourne on Friday.

In making a tackle on Storm centre Will Chambers, Burgess appeared to place his hands between the player’s legs, leaving Chambers lying on the ground afterwards.

While the charge itself only carries a base penalty of one week, Burgess’s loading from four prior offences before the NRL judiciary means he would miss two matches even with an early guilty plea.

The forward will have to successfully contest the charge at the NRL judiciary on Wednesday if he is to play in Friday’s important match with the third-placed Manly Sea Eagles.

The Rabbitohs, who have until Tuesday to enter a plea, issued a statement saying they would assess the incident before making a decision on whether to contest the charge. 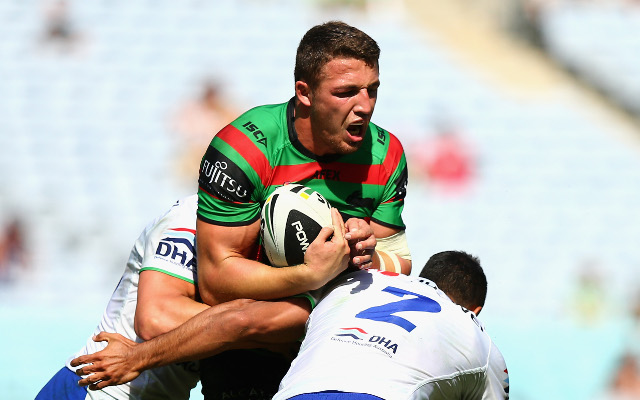 Sam Burgess signs with Bath Rugby, leaves NRL at the end of 2014 season