TCU safety Derrick Kindred came up with a pick-six to give his team an even bigger lead over Iowa State.

No. 3 TCU is doing everything they can to prove to voters that they deserve to compete for a national title in the college football playoff, and they have taken a 41-3 lead in the third quarter.

Iowa State quarterback Sam B. Richardson threw an interception to safety Derrick Kindred, who returned it 44 yards for a touchdown to extend the Horned Frogs’ lead.

The Horned Frogs are on track to improve to 11-1, and it will be difficult to keep them out of the college football playoff even if Ohio State and Baylor win.

Here is a video from Vine of TCU racking up style points. 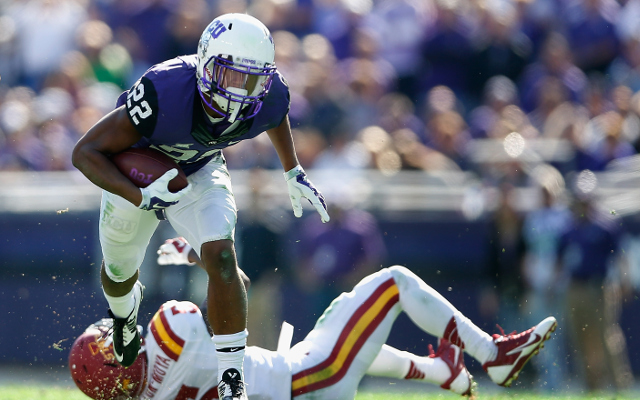