New York Mets starting pitcher Bartolo Colon never ages, as he remains one of the key starters for his team even at 42 years old.

When he isn’t pitching, Colon is also batting ninth at the plate since he pitches in the National League. Despite his heavy build at 265 pounds, Colon proved capable of hitting the ball yet again.

In the Mets’ 4-3 win over the Miami Marlins on Sunday, Colon drove in a run with a double by belting it deep into center field.

This gave the Mets a 2-1 lead in the third inning, and Colon also shined on the mound as he allowed just three runs in seven innings of action.

Colon has not had one of his better starts to a season as his ERA stands at 4.72, but he improved his record to 8-3 while recording his third RBI of the season while raising his batting average to .143.

He also provided an amusing moment while driving in a run again. He had previously lost his batting helmet while recording an RBI for the Mets.

The Mets’ pitching staff as a whole has batted .182 with seven RBIs, according to ESPN Stats and Info. This puts them on pace to beat the 2014 pitching staff’s stats. 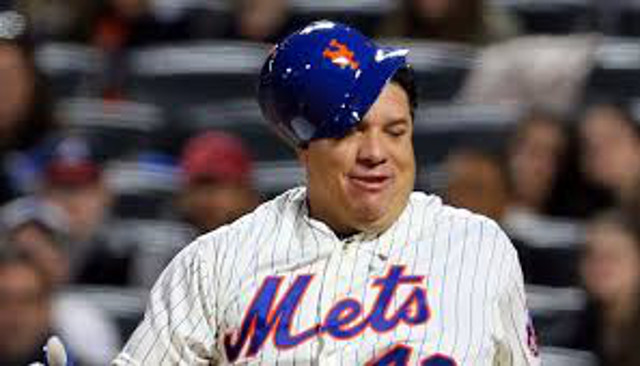