Carmelo drops 40 points in another big night for Knicks.

The New York Knicks made it 10 straight wins on Wednesday night, with their 95-82 triumph over the Atlanta Hawks at the Philips Arena.

One night after scoring 50 points against the Miami Heat, Carmelo Anthony was back on the court and had a game-high of 40 points, with key contributions from his supporting cast.

J.R. Smith had 19 points while Raymond Felton added 14 as they ensured the Knicks held on for the win in the fourth quarter, with a dominant Carmelo leading the way in the first three.

Kyle Korver top scored for the Hawks with 25 points, who despite the loss still hold a half-game lead over the Chicago Bulls for fifth place in the Eastern Conference.

The win for the Knicks moves them to 48-26 for the season, as they are also a half-game above their nearest rivals, with the Indiana Pacers trailing in the race for the second seed.

New York host the Milwaukee Bucks on Friday night, while the Hawks welcome the Philadelphia 76ers hoping to bounce back from their defeat. 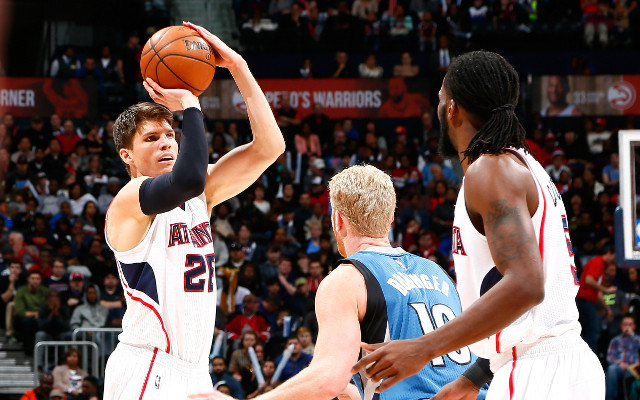