Mohammad Hafeez scored a magnificent unbeaten century as Pakistan made light work of England to win the first one-day international of the four-match series by six wickets at Abu Dhabi.

The 35-year-old shared a fifth-wicket partnership of 106 with Babar Azam (62*), and reached three figures with this pull off Adil Rashid towards the end of Pakistan’s comfortable chase of 217 to win.

It was a different format, but the same old faults that blighted England during the 2-0 Test series defeat in the United Arab Emirates prevented the tourists from ever being competitive in the 50-over opener.

As they did during the three Tests, England’s seamers did their best, with Essex youngster Reece Topley taking three early wickets, including veteran Younus Khan for nine in his last ever ODI knock.

But they could not budge Hafeez. He anchored the innings to finish 102 not out, taking particular liking to spinners Rashid and Moeen Ali, whose combined figures were 16-0-92-1 from the 43.4 overs.

The second ODI takes place at the same venue on Friday. 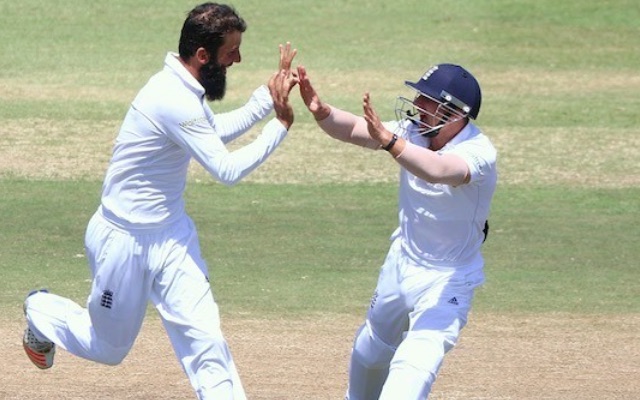