North Florida’s infamous band player Stephen Putnam attempted to fire up his team against Robert Morris in the First Four on Wednesday, and for a period it actually worked.

The Ospreys were down seven to their opponents 12 minutes into the game and had already committed 10 turnovers. However, a timeout ensured that they went on a 21-6 run to take a commanding position as they took better care of the ball and forced their rivals into mistakes instead.

Putnam certainly played a role in their turnaround as the now-famous band player who has stolen the show on a few occasions previously erupted into his dance ‘routine’ to fire up the crowd and the players.

Naturally, he was brought up on the big screen as he delighted the fans with his moves and provided a glimpse into what makes this tournament literally mad.

Sadly, it didn’t work in the end as North Florida fell to a 81-77 loss to the Colonials and therefore missed out on making the 64-team bracket for the NCAA Tournament 2015.

Beau Beech had 28 points and seven rebounds for North Florida as he obviously took inspiration from Putnam, but Lucky Jones (21 points), Rodney Pryor (20) and Marcquise Reed (19) all contributed and led Robert Morris to the win. 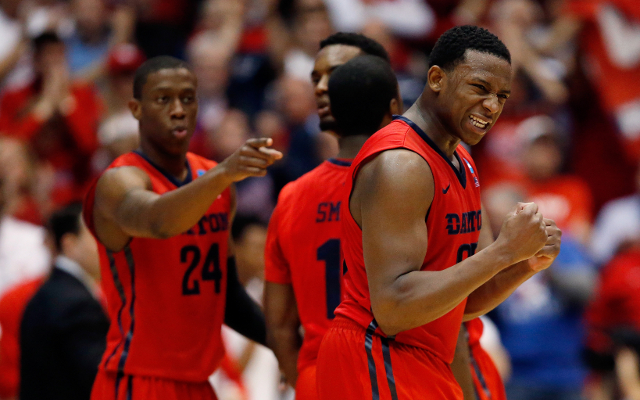