The Chicago Bulls produced a dominant performance in Game 6 on Thursday night to eliminate the Milwaukee Bucks and advance to the Eastern Conference semifinals.

The Bulls came out with purpose and intensity on both ends of the court from the off as they led throughout the game in another heated encounter with the Bucks to seal a 120-66 win.

Giannis Antetokounmpo was ejected in the first half after tackling Mike Dunleavy to the floor as he lost his head following a frustrating start to the game, while OJ Mayo and Jimmy Butler momentarily clashed too.

However, the visitors kept their composure and focus to secure a one-sided win that secures their place in the semifinals, with the Cleveland Cavaliers waiting.

All five starters for Chicago ended the game in double scoring figures, with Dunleavy leading the way with 20 points while Joakim Noah added 11 points and 10 rebounds.

Butler had 16, Derrick Rose added 15 while Pau Gasol contributed 19 points and eight rebounds as coach Tom Thibodeau emptied his bench in the fourth quarter to give his fringe players some playing time.

It was a struggle throughout the game for the Bucks with none of their players ending the game in double digits, but they certainly showed in this series that they are a team for the future and will be back strong next year with some invaluable playoff experience under the belt. 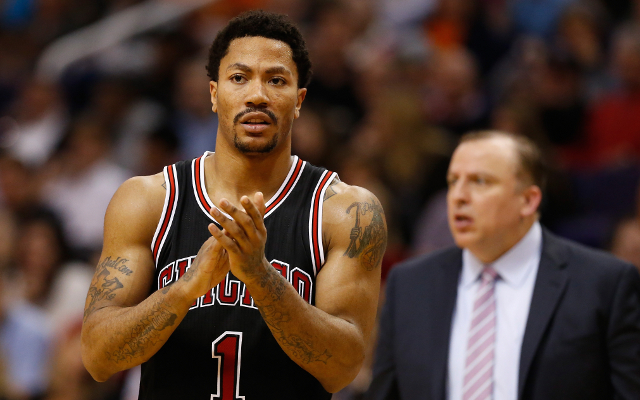