Well, that’s something you don’t see at a game very often.

TV cameras caught a more intimate moment on the sidelines of the LA Clippers latest outing, with Blake Griffin pulling the head of his physio closer to his crotch.

All fun and games until you realise the poor fellow is only trying to do his job. As we can say is we hope he’s well paid! 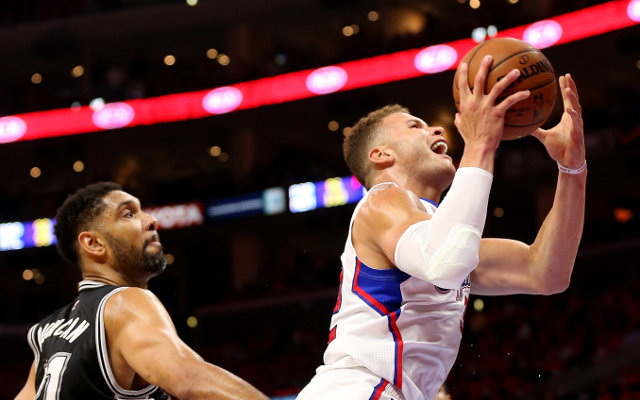