College star comes back to the court after suffering horrific broken leg.

After suffering one of the worst injuries ever seen in recent American college sporting Kevin Ware has returned to the court for Louisville.

He scored six points points in his side’s lop-sided pre-season game, but fanatix thinks he is a winner just for getting back so quickly after an injury that could have ended, or at the very least, shortened his career dramatically.

Hear from Ware soon after suffering the compound leg fracture earlier this year. 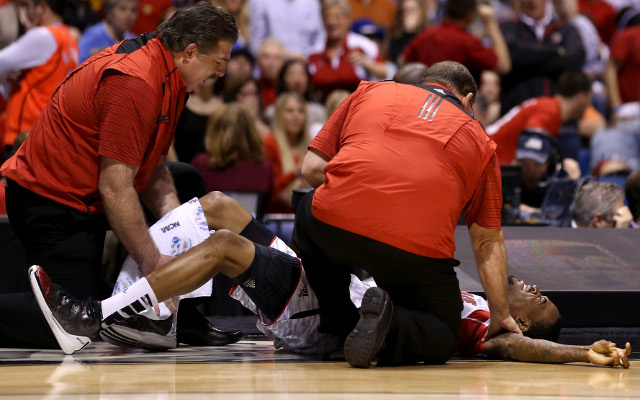