The Texans’ DE who the team drafted first overall already looks like the monster who dominated the NCAA in 2012.

The Texans began their first full-padded practice on Monday and everyone wanted to see how DE Jadaveon Clowney would perform with the starters.  He met the expectations pretty quickly.

After being criticized all of 2013 about his “lack of a motor,” the No. 1 overall draft pick showed it off by exploding off the line in practice and nearly taking out the running back:

Clowney let up on the play to avoid seriously hitting the RB, but other commentators noted that his motor during practice was great and had all of the explosiveness they had seen when he played for South Carolina.

The play was reminiscent of his legendary hit on Michigan RB Vincent Smith in the 2013 Outback Bowl – during that play Clowney exploded off the line of scrimmage so quickly and hit Smith so viciously that it caused Smith to fumble the ball and lose his helmet at the same time. 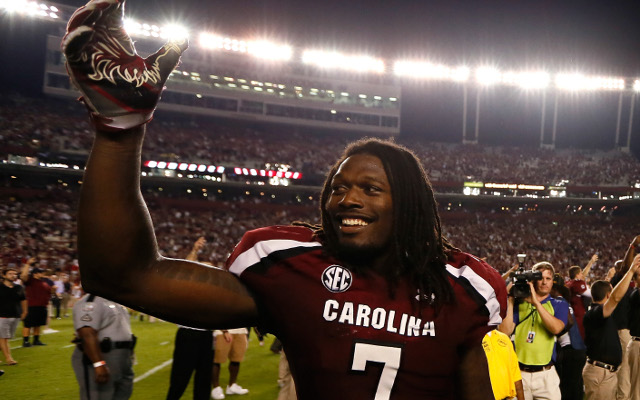