In last week’s win, Wisconsin RB Melvin Gordon became a national sensation after scoring 5 TDs and averaging nearly 20.0 yards per carry.  He continued where he left off with this bulldozing TD run against South Florida:

Gordon has become a potential Heisman candidate – his bulldozing rushing style has also made Wisconsin a contender for the Big Ten title.

ADDENDUM: As this post was being written, Gordon scored yet another long TD 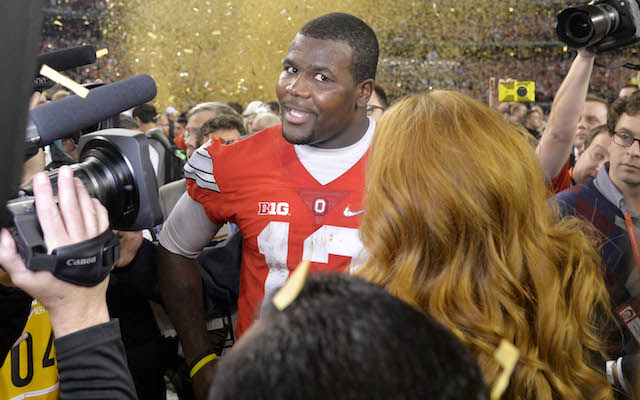