Competition heavyweights given a glamorised training run as records tumble.

The Melbourne Demons game against the Geelong Cats set records, but for all of the reasons.

The AFL cellar-dwellers recorded the lowest inside-50 count count since the statistic started being kept in 1999 as the Cats ran out 68-point winners at a drenched Simonds Stadium.

While the conditions did not help the struggling Demons, they only recorded 19 trips inside forward 50 as much of the improvement seen in recent weeks was washed away in the wet weather. 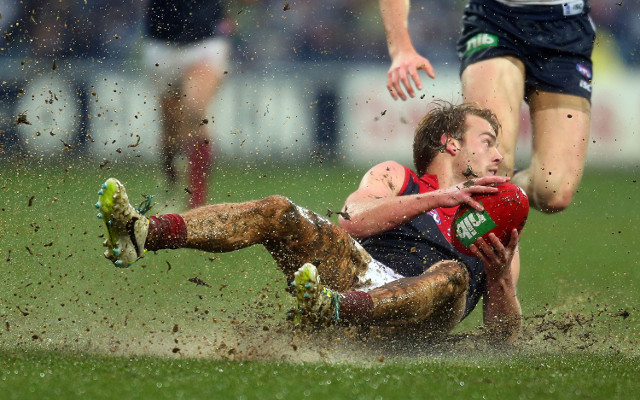 It was also the lowest total ever for the Demons at the ground, and while it was not as bad as the 168-point thrashing they copped at the hands of the Cats two seasons ago, it was not far from it.

Amazingly the Cats became the first team not to score 100 points against the leaky Melbourne Demons, with their 20 behind testament to the tough conditions.

Cats star Steve Johnson returned to action and did not look like he had missed a beat, racking up a career-high 38 disposals and a game-high 15 clearances 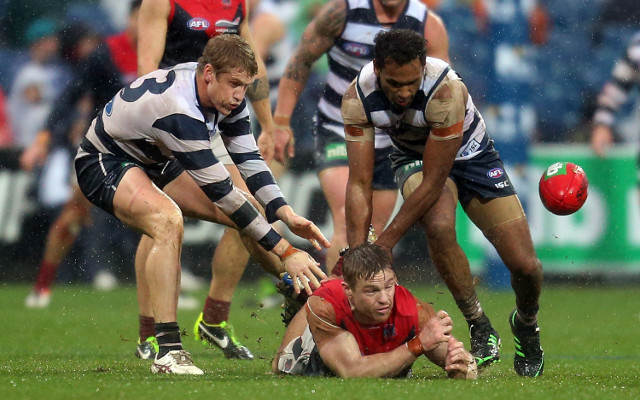 Melbourne onballer Nathan Jones also played his 150th and was a rare shining light for the Demons.

Geelong will face a tougher proposition next week when they travel to Adelaide to take on the Crows while the Demons will be out to save face when the tackle the Brisbane Lions.