49ers rumoured to be showing interest in QB who is looking to take advantage of rise of mobile Quarterbacks.

After a short and inglorious stint with the Miami Dolphins that ended when he suffered a concussion (shown in the video below), 27-year old Quarterback Pat White is attempting a comeback, with San Francisco the potential destination.

“I pay attention to how his players react to Coach Harbaugh,” White said.

“They all want to win for him. And he seems to treat them how they want to be treated. I’m excited to get to know him on that level — if I do get that opportunity. I’m very optimistic about making it back to the NFL.”

White will certainly fit into the system that San Francisco currently run with Colin Kaepernick at QB.

While White, a former second draft round pick, is not at the same standard as a passer compared to Kaepernick, his athleticism is better, which will provide a good fit as a backup in San Fran.

The deal is still very much a rumour and in the early stages, but it could be a shrewd move for the 49ers to sign the free agent, who would come at a very cheap price. 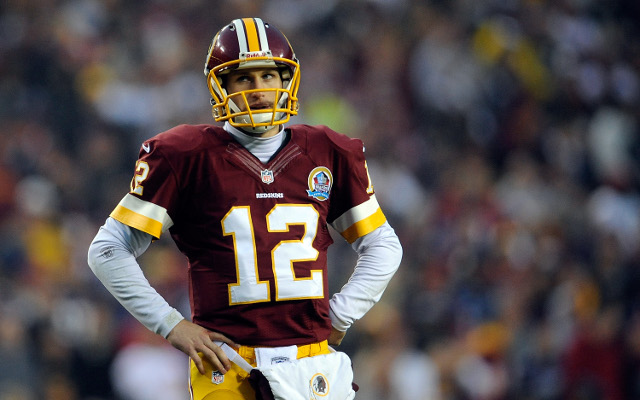