The Boston Bruins ended a four-game winless streak with a 3-0 win over the Florida Panthers on Sunday, with the victory moving them level in first place in the Northeast Division.

The Bruins bounced back well from their defeat to the Pittsburgh Penguins on Saturday, with Tuukka Rask stopping 28 shots for his fourth shut-out of the season.

With the goals coming from Jaromir Jagr, Dougie Hamilton and Brad Marchand, Boston moved level with Montreal for top spot in the Northeast with just four games to go.

In contrast, the defeat was the Panthers sixth loss in a row, as well as their seventh loss in their last eight. It ends a barren road trip that they will be pleased to see come to an end.

It has been an emotional week in the city of Boston, and the players rounded it off with a post-game ceremony to hand over their jerseys to a group of people who jumped in to assist the victims of the Boston Marathon as well as the law enforcement who participated in the manhunt that followed. 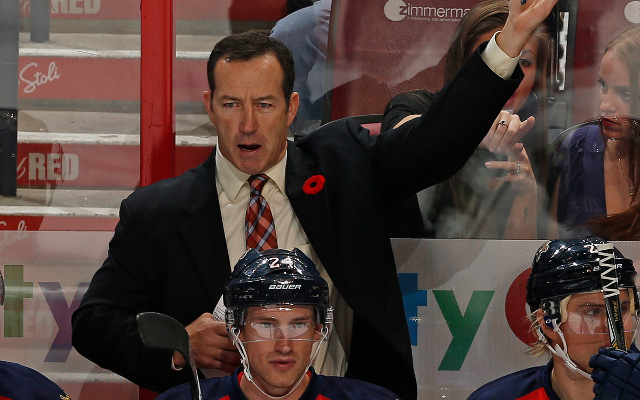