The biggest fight of the 2014 college football season took place in the Miami Beach Bowl as BYU and Memphis let off steam following an epic double overtime match.

Memphis prevailed over BYU in an epic Miami Beach Bowl that went to double overtime. They were able to seal a 55-48 victory with an interception from BYU quarterback Christian Stewart.

After this emotionally charged match, both teams let off a heavy load of pent-up frustration and anger as a fight broke out among virtually every player, and coaches and officials were frantically running around trying to break it up.

They had no luck though as the massive brawl went on for minutes before things finally calmed down, and a few players went on to show good sportsmanship in an effort to keep the situation calm.

Here is a video from Vine of this fight that you have to see to believe. 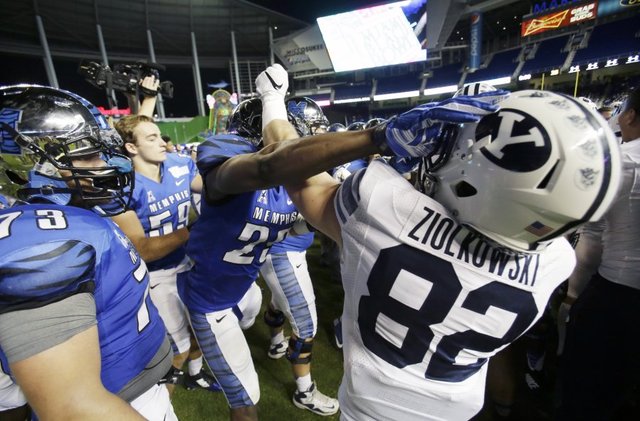