Anthony Dirrell defends his WBC super-middleweight world title on Friday night against Badou Jack – but the fight nearly got started at the weigh-in.

READ MORE:
DeGale ready for Andre Dirrell: Pair will clash for IBF strap on May 23.
DeGale to travel to Boston to fight Dirrell: Warrior Boxing wins purse bid.
DeGale has a message for Dirrell: (Video) Brit is ready to make history.

Dirrell won the belt last August after defeating Sakio Bika in California, and it has taken a significant amount of time for him to make his first defence.

However, this fight is now on, and while the champion is expected to come through the test, Jack remains a tough and dangerous opponent – and a man who will fancy his chances of ripping the belt away from Dirrell.

George Groves will have a close eye on proceedings given that he is the mandatory challenger for the title, and the Brit is set to be ringside in Chicago to take a good look at the winner.

Meanwhile, young British star Callum Smith will be in the Sky Sports studio as a pundit, and he has vested interest in the fight. Although Smith remains a few fights away from that step up in class, his trainer Joe Gallagher has made no secret of his belief that his talented fighter can defeat his domestic rival further down the line.

While that fight is some way off, Dirrell will be looking to get his voluntary defence out the way before taking on Groves, and there is also the added spice to the USA-England rivalry with James DeGale taking on his brother, Andre Dirrell, in Boston on May 23 for the IBF super-middleweight title.

Dirrell and Jack were able to maintain their composure for the most part, but it certainly did threaten to boil over at one stage. Watch the two nearly come to blows below:

Private: Boxing news: Callum Smith insists he is ‘ahead of George Groves’ (video) 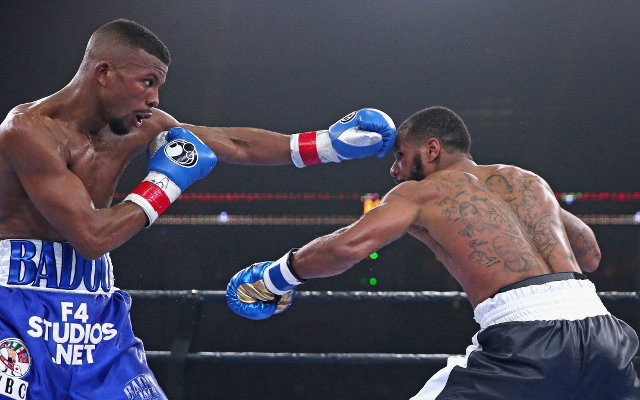