Spaniard puts up 26 points, nine rebounds and three blocks in display against Brazil…

Spain and Chicago Bulls star Pau Gasol put on a show on both ends of the court during the hosts dominant 82-63 win over Brazil on Monday night.

After a frustrating end to his career with the Los Angeles Lakers, Gasol opted to make the switch to Chicago ahead of next season and is an exciting addition to what looks to be a very strong roster.

Nikola Mirotic and Doug McDermott are also expected to play a role in their debut season at the United Center, while Derrick Rose, Joakim Noah, Jimmy Butler and Taj Gibson provide the core of the team.

However, Gasol has shown that he will be a fundamental piece to the puzzle with this performance alone, showing he can return to an All-Star level after putting up 26 points, nine rebounds, two assists and three blocks.

Although Spain are heavy favourites to make the final, Gasol had to contend with the likes of Thiago Splitter, Nene and Anderson Varejao in the frontcourt battle, and while he even had time to drain some three-pointers he also had a huge block on Nene which sent the home crowd wild.

(Video) FIBA World Cup 2014: Round of 16 recap, results and highlights 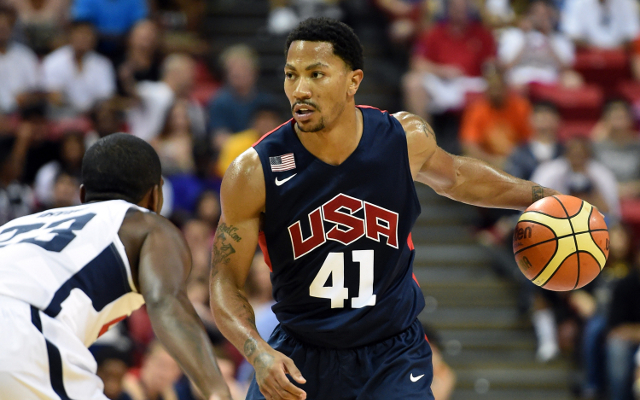