Phoenix guard cool under pressure as the clock ticked down.

While his name might have been mentioned more in relation to the non-extension of his contract before the game, Eric Bledsoe let his game do all of the talking.

The new member of the Suns showed what he is capable of after shaking off a rough start to the game to explode into life in the fourth quarter, scoring almost all of his 18 points in the period.

But it was the final three that mattered most as he sized up Utah”s Gordon Hayward on the iso-play before nailing the long bomb from the top of the arc.

However, fanatix thinks the commentators should get a bit more excited for a game-winning shot as the Suns scraped home 87-84. 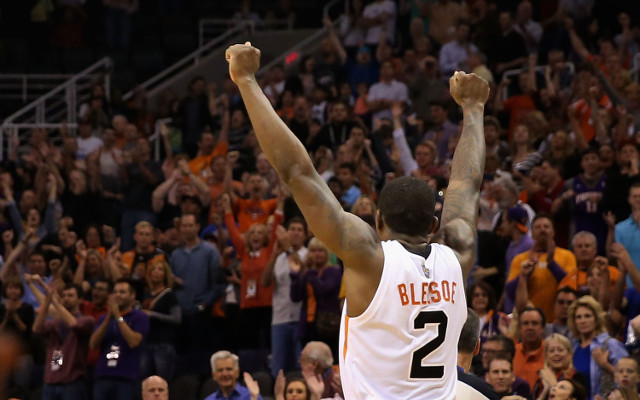