See all of the action from the British light-welterweight title fight.

Curtis Woodhouse on his pre-fight promise that, no matter what the result was against Darren Hamilton, he would walk away from boxing.

But the former football player did it while on a high with the British light-welterweight belt wrapped around his waist after beating Hamilton on a split decision in Hull last night.

The former Sheffield United and Birmingham City midfielder quit full-time football in 2006 to become a fighter, went into his bout as an underdog against Bristol-born Hamilton.

But, in a close contest, Woodhouse grew in belief as his jab caused the defending champion, who was bidding for a third successful title defence, problems as Woodhouse improved his record to 22 wins from 28 fights as he lifted the Lonsdale belt.

Woodhouse even addressed in his post-fight interview the talk he profited heavily from his upset win.

“I can neither confirm or deny these rumours but the drinks are on me.

“I have fought some really good guys but that was the hardest fight of my life.” 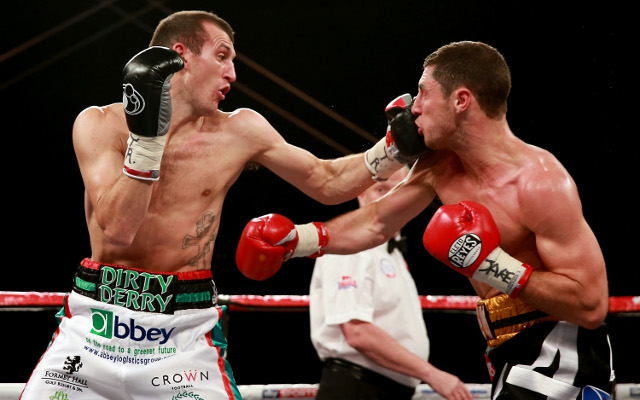