Kevin Mitchell fell agonisingly short in his third world title shot as he was stopped by Jorge Linares in their WBC lightweight title clash in London on Saturday.

Linares was on the floor in the fifth round and Mitchell was building a strong lead in the bout, but unfortunately for the Londoner he suffered a bad cut in the fourth round which only worsened as the bout went on.

Mitchell battled on and continued to protect a lead in the fight, but Linares sensed that he was becoming increasingly cautious and anxious about the cut and another appeared on the bridge of Mitchell’s nose as the 10th round got underway.

The swelling around Mitchell’s cut eye was becoming grotesque, and although the referee allowed the fight to continue, it wasn’t long before Linares jumped on the challenger and ended the bout with a flurry of shots that sent him to the canvas.

Mitchell took a second to get to his feet but on further inspection of the cut, the referee called the fight off which ensured that it was another failed, yet incredibly brave, effort from the home fighter. 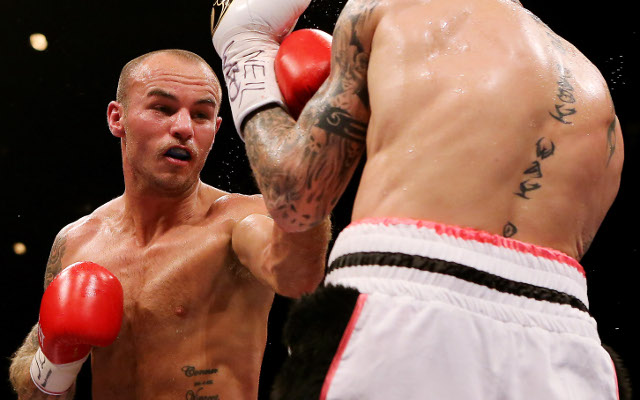