Southampton and Stoke City both have ambitions to gatecrash the European party this season, and it was a former Champions League winner who settled their clash at St Mary’s Stadium this afternoon.

Bojan, a figurehead of Stoke’s transformation in philosophy under Mark Hughes, capped home a patient move by smartly flicking home an Erik Pieters cross at the near post to earn Stoke a 1-0 win.

The Spaniard, who won club football’s biggest prize with Barca before making an unlikely switch to the Britannia Stadium in 2014, now has three Premier League goals in an injury-interuppted campaign.

All of those strikes have come in the opening 15 minutes of games, and Southampton were not able to muster a response as they fell to a third home defeat of the season and first loss in seven outings.

Victory for the visitors lifts them into the top half of the table and to within a point of the Saints, who, in eighth position, are in the middle of a congested chasing pack in pursuit of a breakaway top four.

While keeping pace with the top four may be out of their reach, both Stoke and Southampton will see the Europa League as a viable target and today’s win will give the Potters a real confidence boost. 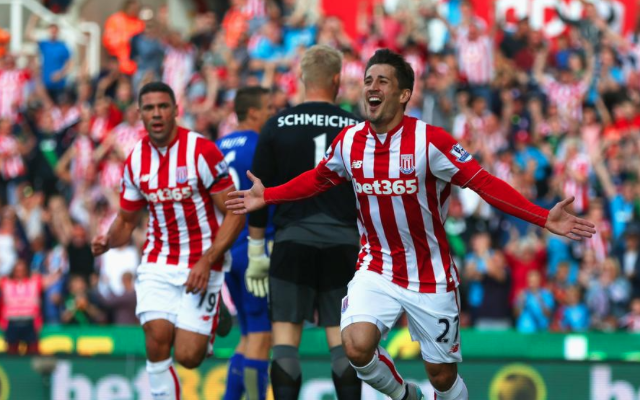