Bayern Munich have made the perfect start in their quest to stage un unlikely comeback in their Champions League semi-final second leg against Barcelona.

Mehdi Benatia scored the first goal of the game from a corner but even he will have been left stunned by the amount of time and space he was afforded by the Catalans.

It was truly terrible defending from Barcelona on the set-piece following a speculative Robert Lewandowski shot.

It is however, the kind of beginning to the game the German side and Pep Guardiola will have wanted with around 83 minutes left for them to score the three goals needed for extra-time or the four for an outright win.

The recently crowned Bundesliga champions will be hoping to put in a performance on par with the Spanish side’s last week at the Camp Nou that saw two incredible goals from Lionel Messi before a late Neymar strike secured a Barca win. 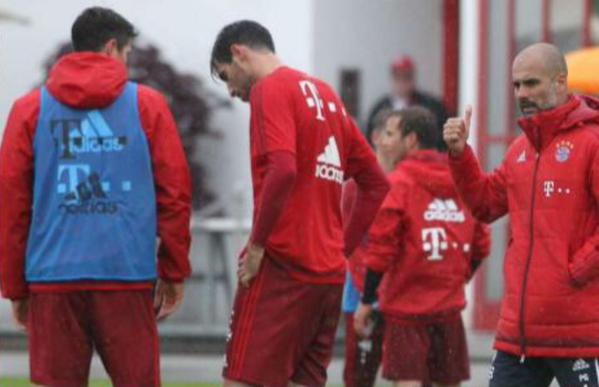